What is Psoriasis and What Does it Look Like?

Psorasis is considered an autoimmune condition that typically presents with scaly plaques that are silver in appearance. It is predominantly found on the knees, elbows, scalp and what we refer to as extensor surfaces. There are different types of psoriasis that depend on their location and/or appearance. The majority of psoriasis cases are chronic in nature and very difficult to treat. Approximately 10-20% of plaque psoriasis patients have psoriatic arthritis.

Psoriasis is caused by increase inflammatory markers in the immune system with a genetic predisposition most of the time. Stress, viral illness, other immune system disorders can all be triggers for the development of psoriasis initially and subsequent flares thereafter. Most of our current treatments work to reduce inflammation locally or systemically (within the body).

How is Psoriasis Diagnosed?

A punch or shave skin biopsy is the definitive way to diagnose psoriasis. However, clinical providers may be able to go ahead and start treatment without a biopsy if the diagnosis is rather obvious or the patient declines a skin biopsy.

How Do I Treat Psoriasis?

Psoriasis is a very tough condition to treat and does not have a cure. Systemic treatments have progressed substantially over the last twenty years or so. The mainstay of treatment is topical steroids but the use of systemic steroids is usually avoided due to potential rebound flares and complications. As far as systemic treatments go, there are oral medications, such as HUMIRA®, Stelara®, Cosentyx®, Taltz®, and Skyrizi® to name a few of them. However, with biologic medications there is definite risk. Patients with a prior history of congestive heart failure, cancer or significant family history of cancer are not candidates for biologic medications. Methotrexate is commonly prescribed by rheumatologist and is not as widely used now due to potential side effects on the liver. Otezla® has been used with good success, lower risk of prolonged side effects, and can be used on virtually all patients, with few exceptions. Patricia is one of our board-certified mid-level practitioners specializing in dermatology. She has a bachelor’s degree in Psychology from the University of Central Florida. She received her master’s degree in Physician Assistant studies at Nova Southeastern University. Patricia has over eight years of experience in dermatology.

For more information on psoriasis, please click on the links below.

Resources from the Skin Cancer Foundation 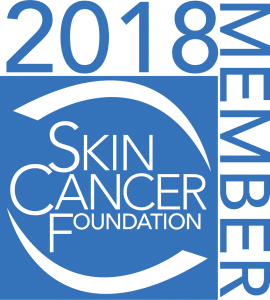